Where were you this past Sunday, October 21st?

Were you, by any chance, in England?

If so, then you were there to celebrate APPLE DAY!

Yes, that’s right!  For the past 17 years, the entire country goes apple mad on this day in October. And we’re not talking about a few apple festivals, orchard tours, or farm stands selling fruit.  We’re talking about apple doctors who offer horticultural advice, or help you identify a mystery apple growing on your property. There’s apple bobbing, pruning and grafting classes, apple and spoon races, roadshows, storytelling, archery, and on and on.  Apple cakes, puddings, pies, chutney, and cider are everywhere. They even serve apple food and drink in the Houses of Parliament!

Yes, the British really know how to do it up BIG.

In 1999, this particular honor was bestowed upon James Crowden, a resident of Somerset, who writes both poetry and prose. Lest you think he was chosen because he munched on a few apples and could pen a pretty phrase, think again. This is a man who deeply cares about the environment, who is fascinated by “the interface between literature and anthropology, looking at specific geographical areas and groups of people through their work.”

He’s done sheep farming, sheep shearing, fish farming, and peat cutting in the Outer Hebrides, as well as boating on the Bristol Docks. When he moved to North Dorset he became a forester and kept his first flock of sheep, witnessing firsthand farming methods that hadn’t changed since before the war. So he turned to poetry to document this vanishing way of life. When he moved to Somerset, he started making cider, and eventually wrote a comprehensive history of “the most fascinating of drinks,” called CIDER: THE FORGOTTEN MIRACLE.

These days, he takes children and adults on outdoor Walks, where they are encouraged to write down their sensory impressions, convert their notes into poems, and then perform them for the group. He calls his workshops “Walking with Words: Exploring Language and Landscape.” His philosophy is to make people more aware of their surroundings and to “get them to look at their environment through fresh eyes.”

So, as Apple Month draws to a close, please peruse this pomological poem by England’s Apple Poet Laureate: 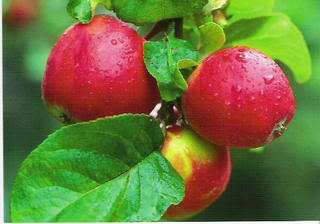 The apple is a saucey little item,
Daughter of blossom, sits neatly in the palm,
Exquisite in its pert roundness
And asking to be admired and handled.

Look for instance at the much forgotten stalk
The secret timing of its fall from grace
The gravity of the situation, the earthly grasp
Or else the apple of your eye cradled in the sun.

Plucked in perfection from the tree of life,
The rosie skin that takes a shine,
Protects the inner flesh, firm and crisp and even,
till young mouths are brought into play.

Read the rest of the poem here.

***And don’t forget, today is the last day to enter my APPLE FOR THE TEACHER CONTEST! Mention your favorite teacher in a comment for a chance to win MISS SPITFIRE by Sarah Miller and the APPLE COOKBOOK by Olwen Woodier.

13 thoughts on “friday feast: the apple, by james crowden” 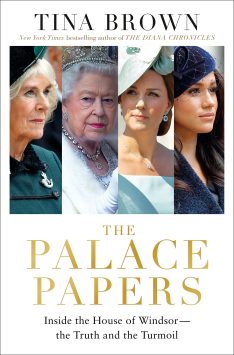