“Heaven has no rage like love to hatred turned
Nor hell a fury like a woman scorned.”
~ from The Mourning Bride (1697) by William Congreve 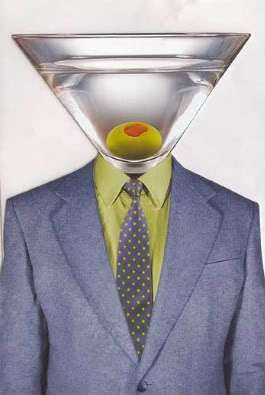 If you’re one of those perfect people who is always on time, this post might not be for you.

But if you find yourself occasionally, or (gasp), habitually late, here are two poems to consider. In “Compulsively Allergic to the Truth,” Jeffrey McDaniel takes the “dog ate my homework” alibi and gives it a darkly comedic poetry slam dunk treatment. His engaging, conversational style is street-wise myth served up with a twist:

~ from The Endarkenment by Jeffrey McDaniel (University of Pittsburgh Press, 2008)

The poem ends with a reference to the minotaur, a creature that was part man and part bull, who lived at the center of the labyrinth of Greek myth. This led me to Ted Hughes’ verse letter poem, “The Minotaur,” which describes one of Sylvia Plath’s rages. It seems he, too, was late. But he doesn’t make any excuses. In an exceedingly powerful poem that reveals Hughes’ role in unearthing Plath’s feelings for her father (the minotaur), and which ultimately inspires her best poetry, we are witness to the destruction not only of physical objects, but of Plath’s sanity:

Deep in the cave of your ear
The goblin snapped his fingers.
So what had I given him?

The bloody end of the skein
That unraveled your marriage,
Left your children echoing
Like tunnels in a labyrinth.

Left your mother a dead-end,
Brought you to the horned, bellowing
Grave of your risen father
And your own corpse in it.
(Complete poem here.)

Al Alvarez, ex-poetry editor of the Observer and a friend of this volatile couple, says in his autobiography, Where Did It All Go Right? (William and Morrow, 2000):

I had always believed that genuine art was a risky business and artists experiment with new forms not in order to cause a sensation but because the old forms are no longer adequate for what they want to express. In other words, making it new in the way Sylvia did had almost nothing to do with technical experiment and almost everything to do with exploring her inner world — with going down into the cellars and confronting her demons. The bravery and curious artistic detachment with which she went about her task were astonishing — heartbreaking, too, when you remember how lonely she was. But when it was all over, I no longer believed that any poems, however good, were worth the price she paid.

I found it interesting to compare McDaniel’s contemporary rap with Hughes’ searing diatribe. The labyrinth of human relationships, as well as the labyrinth of the human psyche, inevitably involve navigating dark corridors to arrive at truth. Most of the time, it isn’t about being late.

Today’s Poetry Friday Roundup is at The Well Read Child.

“The Secret Garden” by Hannah Bailey