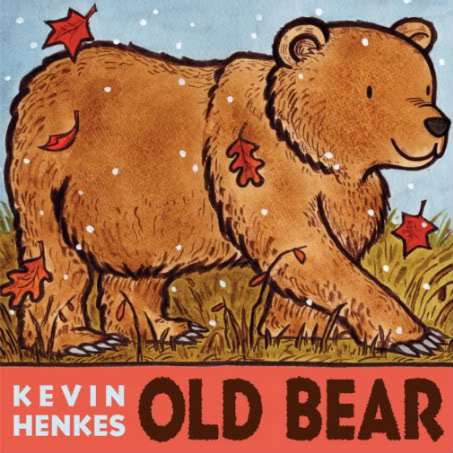 Look what’s coming out next week!

Another masterpiece by Kevin Henkes.

When I first saw the cover, I could feel the wonder. The bold outline, just the right shade of tawny cinnamon, the bear’s rounded face and snout, his warmth and gentle demeanor, and the title – drawn in letters with furry edges.

I knew I would love it before I even opened it.

Maybe it’s because, even after 30-something books, Kevin Henkes has never disappointed. He just keeps getting better. How is that possible? 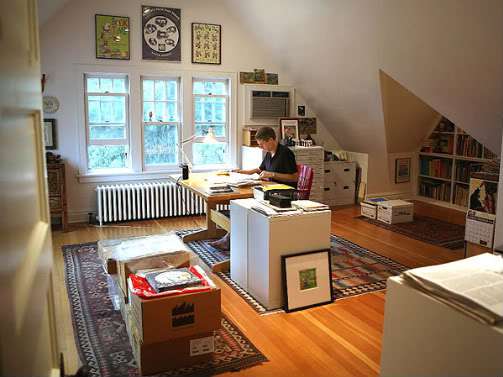 In this breathtakingly gorgeous book, it is snowing heavily, and Old Bear is fast asleep, dreaming of becoming a cub again outside in the world he loves. When we first see him, he’s all snug and cozy, inside an ink and watercolour illustration framed by thick, bold lines. His dream turns to spring, with a full-bleed double page spread in vivid pinks and lilacs. “The flowers were as big as trees. He took a nap in a giant pink crocus.” The little curled up ursine is so endearing!

Then he dreams of summer, wandering green hillsides: “the sun was a daisy and the leaves were butterflies.” In one of the most joyous, perfectly child-centric drawings I’ve ever seen, the cub is catching blueberries on his tongue, because they are raining from the clouds!

Then it’s autumn, and “everything was yellow and orange and brown, even the birds and the fish and the water.” The cub is up a tree, while the world is teeming with the vibrancy of rust-colored fish and birds.

When it’s winter, the cub sits gazing at a world covered with snow and ice. It’s radiantly cool and brilliant, with a sky that is “blazing with stars of all colors.”

Finally, when Old Bear wakes up, he ventures out into a refreshing spring day, and it’s so beautiful that he has to make sure he’s not still dreaming.

Just as he did in A Good Day (Greenwillow, 2007), Henkes has created a deceptively simple storyline. The understated, lyrical language sets the stage for the dramatic double page spreads depicting each of the four seasons. Each page turn will surely prompt a Wow response, or at the very least, an excited, Oh!, followed by lots of sighing. It’s the perfect example of how the right combination of color and contrast can embody strong emotion.

What else did I like? The front cover of the book is autumn, the back is spring. The front endpapers are chestnut-colored autumn leaves, and the back endpapers are lavendar flowers. The title on the cover is embossed, and the typeface is remniscent of some of my favorite childhood books illustrated by Garth Williams. The words change color, too, with the seasons. Every detail is pitch perfect. But then, it’s Kevin Henkes.

Old Bear, which earned a starred review from Publishers Weekly, will be loved by children ages 2-7, and will lend itself nicely to classroom units about nature, colors, animals, and the four seasons. See the HarperCollins activity guide here. 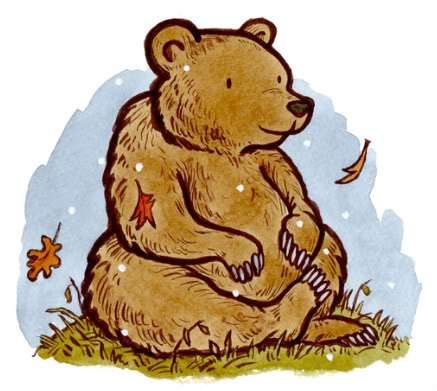 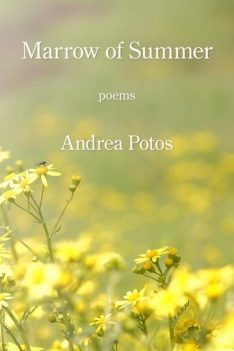