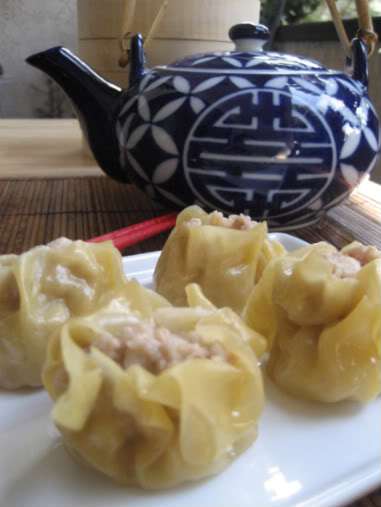 Guess what I’m eating this weekend?

Just the thought of all those little dishes and plates full of char siu bao (barbecue pork buns), har gow (shrimp dumplings), and siu mai (pork and mushroom dumplings) is enough to quicken my pulse and make my eyes roll back in my head. *salivates and smacks lips*

But it’s not my usual shameful self indulgence. This time, I have a legitimate excuse — Monday, January 26th, is Chinese Lunar New Year! 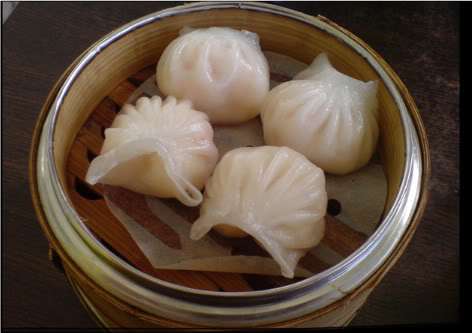 I love you, shrimp dumplings!

It’s the year of the Ox, also called the Brown Cow. I checked my astrological forecast, and my lucky element is Fire. I’ve been advised to wear red and decorate my home in a red scheme to energize my life.

I’m sure dim sum would energize me, too. Instantly. It always has. I grew up with it in Hawai’i, and wherever I’ve traveled, I’ve looked for it. *Recalling pleasant memories of dim sum in Vancouver, San Francisco, London, Washington, D.C., Reston, VA, and New York* 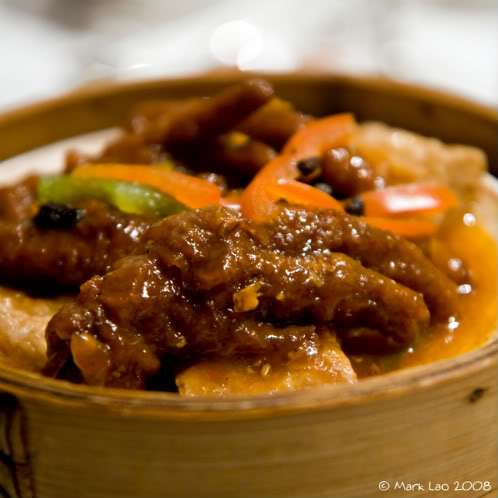 But hold the chicken feet, please.

Ah yes. I’m there. A noisy, talky restaurant with red dragons on the wall, servers wheeling their carts at breakneck speed, chattering about all kinds of things in Chinese. I can’t understand a word they’re saying, so I just point to what I want. In addition to the abovementioned favorites, I must have those long, slippery rice noodle crepes stuffed with shrimp, maybe some beef broccoli chow fun, a pineapple bun, a sesame ball, and a custard tart.

This one’s for you, James!

Okay, I can’t eat that much in one sitting. But it’s SO nice to dream. Sitting at a round table with a steamy pot of tea, the eating, people watching, and lively conversations really do lift the spirits. Everybody is happy eating dim sum; nothing else “touches the heart” in quite the same way.

So, you’re wondering, where is the poetry? Do I have to remind you? Food = poetry.

I was tickled pink when I found today’s poem in a juicy anthology of poetry and prose from Hawai’i, called Growing Up Local (Bamboo Ridge Press, 1998). The incident described is classic, so very typical, something I’ve experienced hundreds of times dining with family and friends in Hawai’i, or from Hawai’i. Believe me, paying for the check requires consummate skill, innate sneakiness, and much advance planning.

Like two Tai Chi masters practicing the art of the sticking hand
my father and my mother-in-law pushed each others’ arms in various circular motions while fighting for the prize of the dim sum check.
The check would be passed from hand to hand,
back and forth,
up and down,
round and round,
in sync with the Yin and the Yang motions of the universe.

Both dueled to save face in the name of family honor.
Armed with ancient secret techniques such as
“Crane Plucks Check from Tiger’s Claw” and
“Buddha’s Benevolent Palm Tipping the Waiter for Check.”
It was no surprise that my father would defeat
my mother-in-law each outing and pay for the lunch.

The only time my father lost was when my mother-in-law
snuck away from the table while he was busy eating the last
siu mai of the meal.
I named her technique “Fox Stealing from Sleeping Monkey.”

It was an unwritten Chinese tradition of the dining martial arts
passed down through centuries from one generation to the next.

Dim sum and my in-laws at the China House Restaurant.

I dined at the China House Restaurant back in the day, but I don’t think it exists any more. You can bet the Tai Chi masters are still battling it out everywhere else, though.

Have a great weekend, and be sure to have some dim sum to welcome in the Year of the Ox! To check your astrological forecast, click here.