Someone once said most people are either cooks or bakers.

Cooks like the free flow of experimentation — changing ingredients at whim, improvising with whatever’s on hand, measuring by eye and sense rather than cups and spoons. They dance around the kitchen in their bare feet, taking great pride in the fact that their spaghetti sauce might turn out differently each time. Oh, the thrill of uncharted territory! 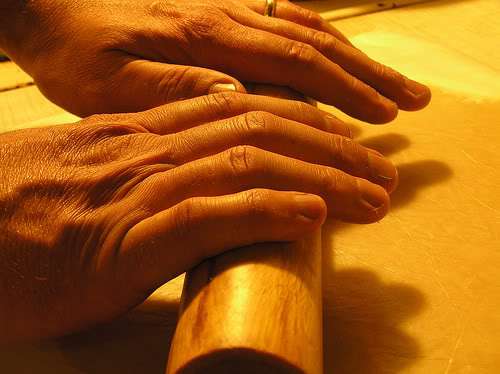 Bakers, on the other hand, love precision — ingredients must be measured with care (pack down that brown sugar, level off those measuring spoons and cups). When dealing with yeast and leaveners, one must follow protocol and tip toe around the kitchen, lest the soufflé fall, the bread refuse to rise, or the cookies turn out hard as rock. Baking is beautifully scientific — kitchen chemistry.

Which leads me to today’s poem, which makes me sad, because it reminds me of my cousin who lost his mother just before Thanksgiving last year. You may remember my post about Auntie Ella, who was a great baker and suffered from dementia. My cousin quit his job and devoted four years of his life to her constant care.

After her death, he said the house felt too empty, and he suddenly had too much spare time on his hands — so he decided he would try his hand at baking. He started with a New York cheesecake (which he served after the memorial service), and intends to try some of Auntie Ella’s other recipes, namely her famous rhubarb pie, even though apple is his favorite.

If you were to ask me, I’d tell you my cousin has always had a cook’s temperament and personality — laid back, easy going, fun-loving. But now, it seems, he’s also a baker, measuring the moments of his life, sifting through memories.

A POEM FOR WILL, BAKING
by Susan Rich 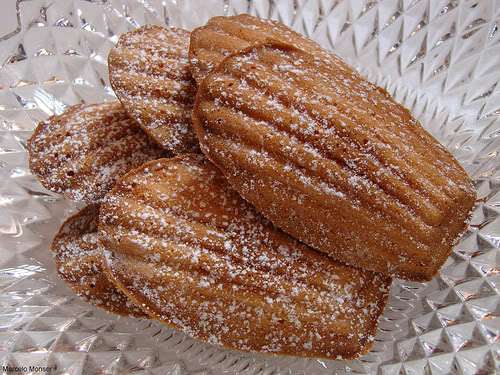 Each night he stands before
the kitchen island, begins again
from scratch: chocolate, cinnamon, nutmeg,
he beats, he folds;
keeps faith in what happens
when you combine known quantities,
bake twelve minutes at a certain heat.
The other rabbis, the scholars,
teenagers idling by the beach,
they receive his offerings,
in the early hours, share his grief.
It’s enough now, they say.
Each day more baked goods to friends,
and friends of friends, even
the neighborhood cops. He can’t stop,
holds on to the rhythmic opening
and closing of the oven,
the timer’s expectant ring.
I was just baking, he says if
someone comes by. Again and again,
evenings winter into spring,
he creates the most fragile
of confections: madelines
and pinwheels, pomegranate crisps
and blue florentines;
each crumb to reincarnate
a woman – a savoring
of what the living once could bring. 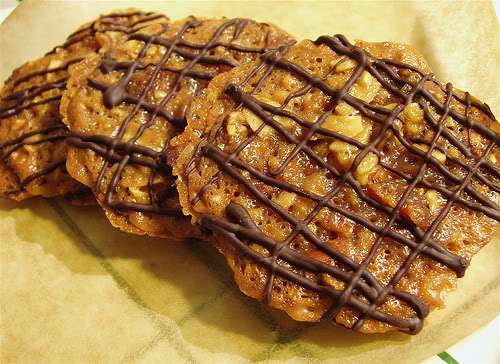 Today’s Poetry Friday Roundup is being hosted by Danika at Teaching Books. Be sure to check out all the wonderful poems being shared today, especially the roundeau redoublés composed by the Poetry Princesses (Sara Lewis Holmes, Kelly R. Fineman, Laura Salas, Andromeda Jazmon, Tanita S. Davis and Liz Garton Scanlon)!

Have a lovely weekend — bake something for those you love. ♥