Picture Books about France, Part One, with a few punitions, satisfied my hunger for a leetle while. But now, I am in the mood for my morning cup of Darjeeling, a warm croissant, and more stories set in the land of pâtisseries, artistes and les animaux! 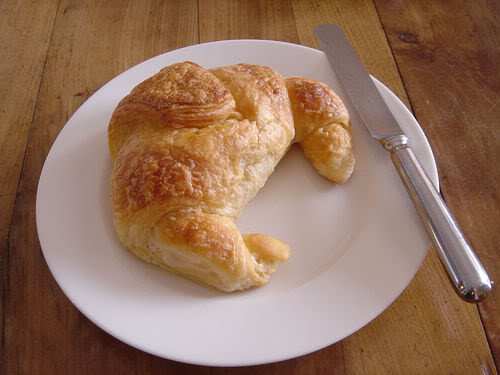 C’est vrai. In my quest to find the best picture books with a French setting, many included dogs and cats. Remember Bonaparte, Metro Cat and Zaza the dachshund? In this second batch, we have three cats as main characters. Does this mean the French have an inordinate love for les chats — or is there something innately “French” about cats that make them ideal for these particular types of stories? Perhaps authors who like writing about France just happen to also be cat lovers. I haven’t been to Paris in years, but I sense there are a lot of stray cats wandering around the city. Oh well, Marie Antoinette has her loyal pug, Sébastien, so that evens things up a bit. ☺

On this lazy summer day, I’m quite happy to share my croissant with you. I’ll break it in two (see those crisp brown flakes scattering?). Lovely how the dough pulls apart just so, and when you bite into it, there’s that gentle crunch before the divine butter rush. Have fun sharing these books with the short people in your life (you can keep your half of the croissant all to yourself). Bonne Journée!

PARIS CAT by Leslie Baker (Little, Brown, 1999). If you ask Alice the calico cat, Paris is full of dogs. On her first visit to the splendid city, she spots a mouse, and can’t resist chasing after it, despite Annie trying to call her back. So, it’s dart this way and that, scamper and scurry down one street after another, past shops, through an outdoor market (“Mmmmmm . . . cheese . . . sausages . . . fish”), down the banks of the Seine. The mouse is soon forgotten when Alice’s fun is foiled by dogs dogs dogs everywhere. To escape, it’s in and out of the Louvre, off a bridge!, tumbling onto a bateau-mouche. Now Alice is exhausted. How will she ever find Annie? Such a lively tail, accompanied by lovely soft-edge watercolor illos. A catnap completes this purry fine cat’s eye view of Paree. ☺ 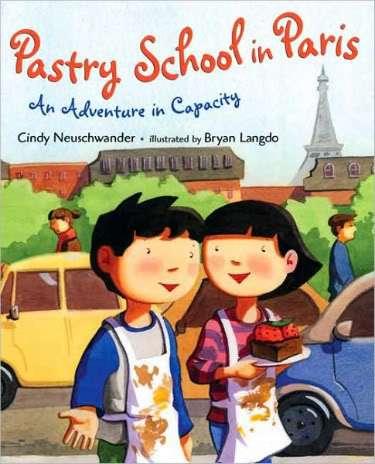 PASTRY SCHOOL IN PARIS: An Adventure in Capacity by Cindy Neuschwander, pictures by Bryan Langdo (Henry Holt, 2009). What better way to learn about math than by whipping up something delicious? Because twins Matt and Bibi show real baking talent with their brownies, their parents decide to visit a cooking school on their trip to Paris. At Les Jumelles Coccinelle International Pastry Academy, Celine is head chef and her twin, Marie, runs the school café.

While making cake batters and lollipops, Matt and Bibi learn the importance of precision, using both American standard and metric measurements. Quarts, cups, millileters, pints — a little confusing until they practice with ingredients and compare the results. On the day Celine decides to take a day off, the Inspector General of French cooking schools decides to visit. Marie is frantic because she can’t cook. Can Matt and Bibi save the day with what they’ve learned? With just enough tension to keep the story interesting without being too didactic, this book will inspire kids to have fun in the kitchen. Includes A Note to Teachers and Parents with suggestions for more math-oriented activities. Love how most of the French men have pencil-thin moustaches — and, yes, there’s even one wearing a béret and striped shirt sitting outside the café.

MOI & MARIE ANTOINETTE by Lynn Cullen, pictures by Amy Young (Bloomsbury, 2006). Marie Antoinette’s fascinating and oft misunderstood life comes off as sheer delight with her pug Sébastien calling the shots. Complete with witty observations and unabashed praise of his own irresistible perfection, Sébastian takes us through Antoinette’s early years in Austria, her arrival at Versailles and marriage to Louis XVI, to the birth of her own children. 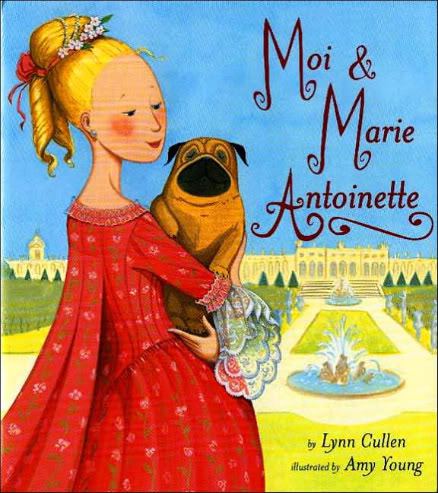 Readers are treated to the splendor of 18th century royal pomposity with its lavish costumes, imposing structures, and extensive, manicured grounds. (Antoinette’s entourage consisted of one hundred ladies, two hundred servants, and three hundred horses!) And one beloved pug, from whom she once refused to be separated, but for all his loyalty, must eventually find some meaning in life beyond gnawing on chair legs and “watering” the statues. Do you like fish? Are you afraid of thunder? Do you wish for true happiness? The answers to these questions and more as the story comes full circle to its heartwarming conclusion. Fetching gouache illos and an Author’s Note will pique interest in this well-coiffed and overly poufed French ruler. Louons le chien! 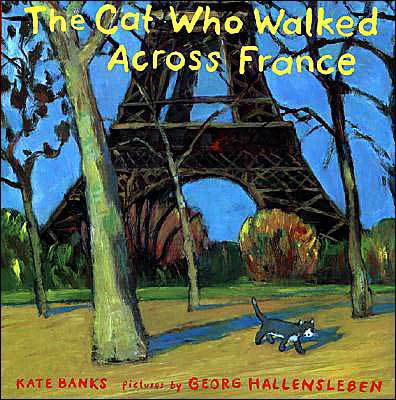 THE CAT WHO WALKED ACROSS FRANCE by Kate Banks, pictures by Georg Hallensleben (FSG, 2004). A beautiful, lyrical story about a displaced cat whose only wish is to return to the “old stone house by the edge of the sea.” For many years he lived a quiet life there with the old woman, chasing “the wind that scuttled through the garden,” watching “the birds that flitter from tree to tree.” But when the old woman dies, the cat is packed up with the rest of her belongings and shipped north to the village where she was born.

Lonely and forgotten, the cat braves a long journey, through farms, villages, cities, alongside rivers. He learns to hunt field mice and birds, and though often weary, remembers his lost home and presses on. Hallensleben’s gorgeous oil paintings, rendered in deep, rich colors, captures part of the stunning and varied French landscape from Rouen south to St. Tropez. The cat’s sense of longing is palpable and moving, and the ending peaceful and comforting.

BONJOUR MR. SATIE by Tomie dePaola (Putnam, 1991). Rosalie and Conrad’s uncle, Mr. Satie, visits as he does every summer, regaling them with tales of his world travels. With his friend, Ffortusque Ffollet, Esq. (“Fortie”), in tow, Mr. Satie shares one particularly memorable incident that occurred when they were invited to a gathering of writers and artists at Gertrude’s Salon in Paris. Pablo was about to show his newest paintings when Henri, just back from Nice, unexpectedly arrives with his newest paintings. Pablo is incensed, and the crowd argues over whose paintings are better. 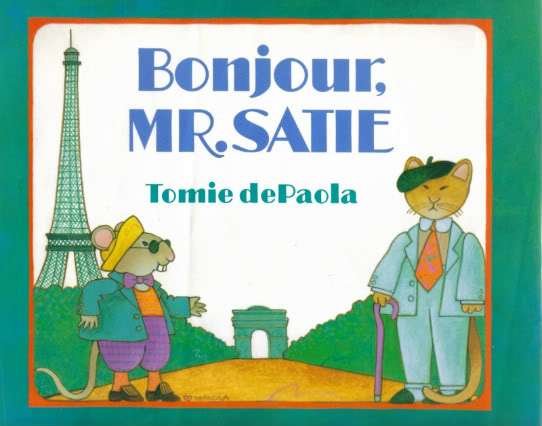 Gertrude decides the paintings should be hung in Monsieur V’s Gallery, where someone will judge them. There is only one person who knows all about paintings, who is fair and honest and true: Mr. Satie. Amid great buzz and excitement, while Paris “held its breath,” Mr. Satie announces his verdict. This fabulous story, set in 1920’s Paris, is chock full of dePaola’s lush, whimsical illos, featuring caricatures of such luminaries as Picasso, Monet, Matisse, Pound, Hemingway, and Fitzgerald. The double page spread at Monsieur V’s gallery — one wall of “Matisse,” the other of “Picasso,” is brilliant. Naturally, Mr. Satie, Conrad, and Rosalie are all of the feline persuasion. Fortie, a dapper mouse with cool shades and bowties, gets to show off his culinary skills with a French dinner. (Merci, Jenny.) Magnifique!

ADÈLE & SIMON by Barbara McClintock (FSG, 2006). A charming story about a boy losing his things on the way home from school with his older sister. Despite Adèle’s pleas to be more attentive, Simon can’t seem to help but lose at least one item wherever they go: the marketplace, botanical gardens, museum, park, and tea salon. McClintock’s highly detailed pen-and-ink and watercolor illos are exquisitely rendered, sure to pull the reader right into the world of early twentieth century Paris and make him want to linger as long as possible. The book has the look and feel of a vintage children’s book, and will appeal to both children and adult collectors. Includes an endpaper map of the children’s route through the city, as well as interesting notes for all the double page spreads, which feature real locations sometimes inspired by classic paintings. LOVE ♥ this one! (Merci, Anamaria!) 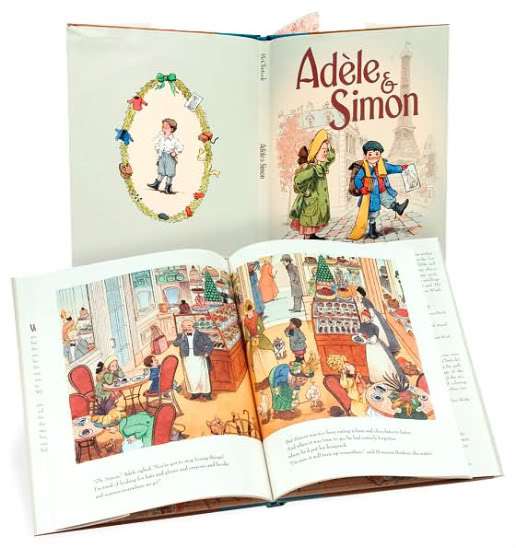 One thought on “picture books about france, part two” 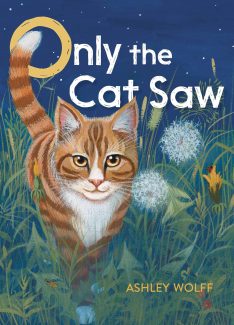