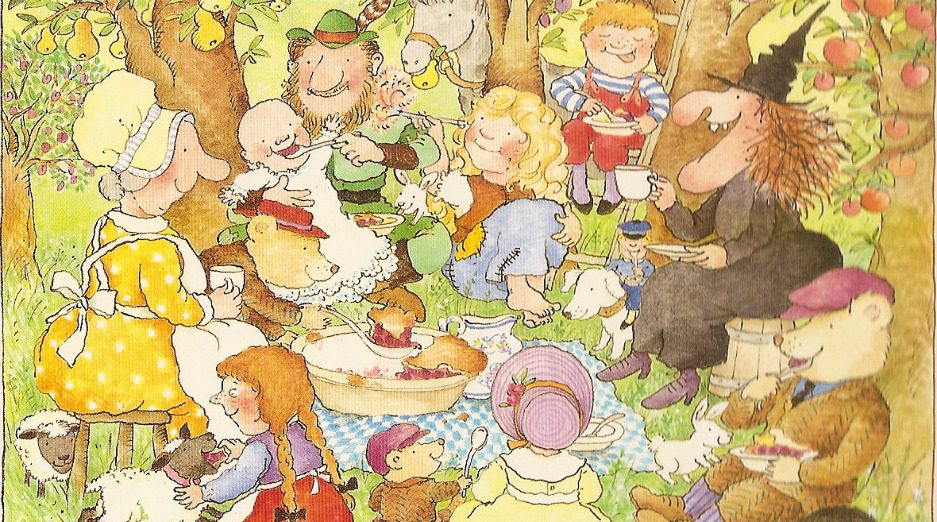 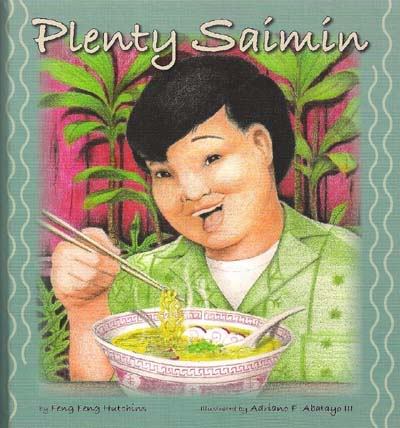 Know what would taste really ono right about now?

At this very moment, I’m dreaming of dipping my chopsticks in hot dashi and slurping up some fresh saimin noodles — just the right firmness, a little curly — with a bit of char-siu (sweet roast pork), kamaboko (fish cake), fried egg and crunchy wonbok cabbage. See those chopped green onions nestled atop the noodles? I’m gonna scoop them up and slurp again. Mmmmm! 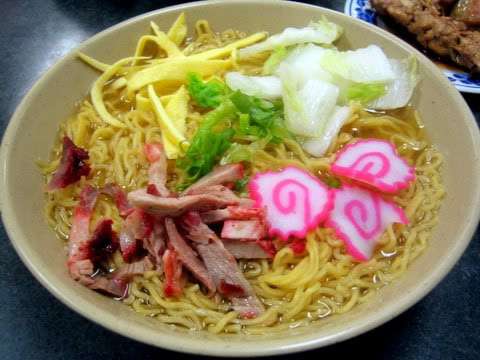 For his birthday, Ah Kee’s mom is making his favorite long-life noodles. On the way to the market, Ah Kee can’t quell his excitement nor stem his enthusiastic generosity as he invites friend after friend to share their meal. Ma worries they won’t have enough to feed everyone, but Ah Kee can’t help but invite whomever they run into. She needn’t have worried, since each friend arrives with an ingredient to add to the dish. 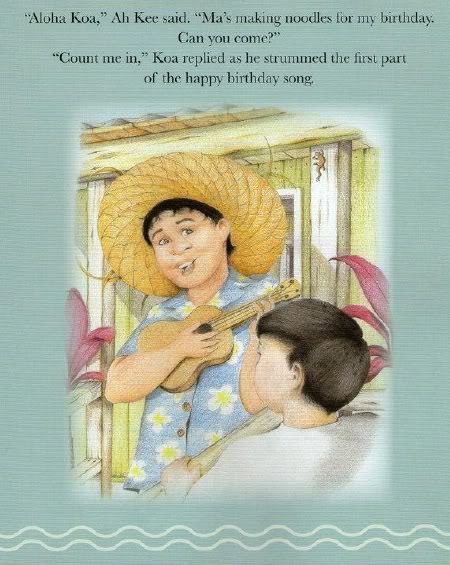 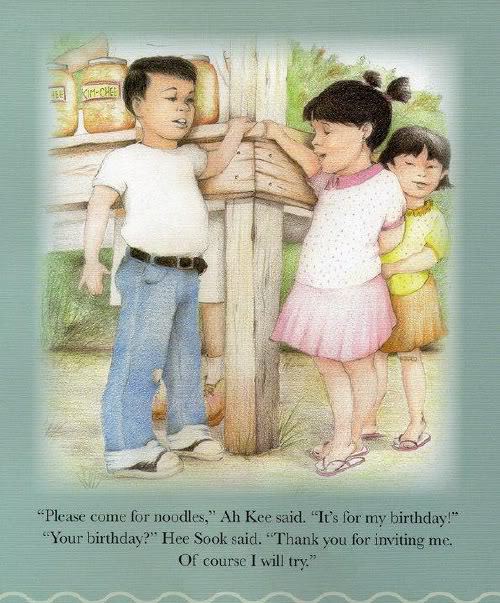 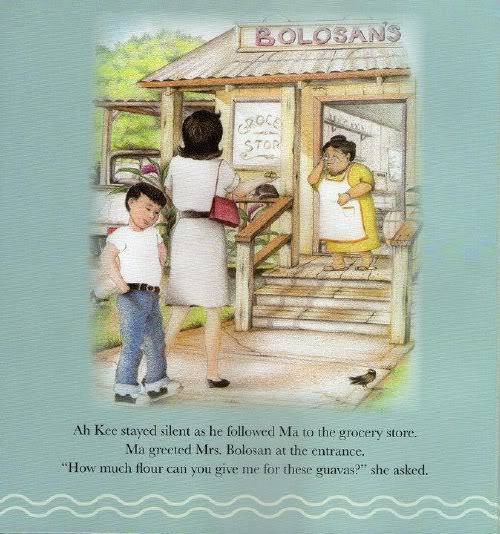 Earlier this month, Plenty Saimin won a 2011 Ka Palapala Po’okela Award for Excellence in Children’s Literature as well as an Honorable Mention citation for Excellence in Children’s Illustrative/Photographic Books. It was also nominated for the Ezra Jack Keats Award and the Asian Pacific American Award for Literature. We’re thrilled for debut picture book author Feng Feng Hutchins and artist Adriano Abatayo, whose detailed, muted color pencil illustrations gracefully evoke times past when life was simpler, the pace was slower, and people were more attuned to nurturing one another.

As you can imagine, it was probably quite a thrill to have one’s first published children’s book garner such glowing accolades. I asked Feng what it’s been like promoting the book, sharing it with children, and what she hopes mainland readers will take away from the story:

FENG: The thought of going out to promote my book scared me. I was quite clueless about the book business. I knew it was going to be hard since I am a first time author. My publisher Kerry Germain coached me at my first two readings. Slowly, it got a little easier. When Plenty Saimin came out last fall, I went to many craft fairs on weekends. What I didn’t expect are the aches and pains on my arms and shoulders. You need muscles to carry books, table and chair. So I live on medicated patches for days.

The best part was seeing the smiling faces of young kids when I read, ” . . . having noodles for my birthday. Can you come?” It was as if they are invited, too. The librarian made saimin and served them at the end of my reading! My biggest surprise was finding out that the Bolosan Grocery Store actually existed. Plenty Saimin has brought the Bolosans closer together. It’s an honor to be invited to their family reunion this July.

I hope mainland children will enjoy reading about how it was to grow up in Hawai’i during the plantation days. Also, how fun it can be to live in a multicultural world and eat saimin with your friends. 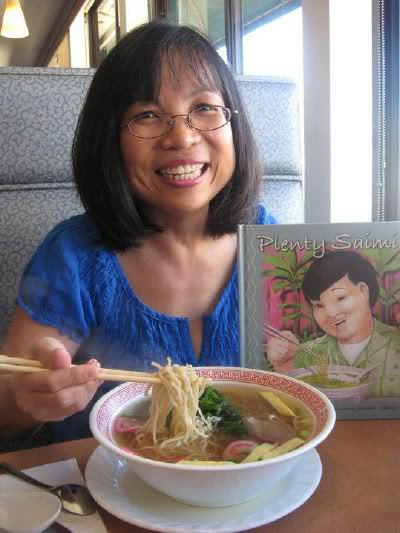 FENG: I prefer the basics, so my favorite garnishes are char-siu, pink kamaboko, eggs, cabbage and green onions. 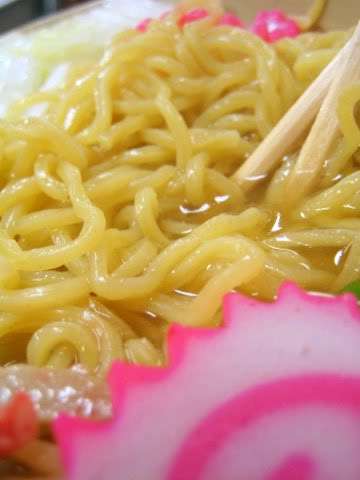 In case you’re wondering, the book also includes a recipe for Ah Kee’s Saimin. You can keep it simple with traditional garnishes like Feng mentions, or bump it up a notch by adding tempura shrimp, wonton, or gyoza, etc. No char-siu handy? Try Spam™, luncheon meat or ham! 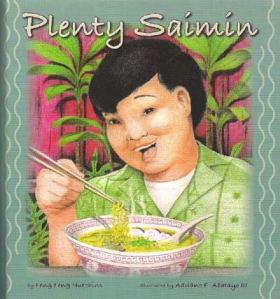 ♥ Check out this cool review of Plenty Saimin and interview with Feng at Hawaii Book Blog.

**Special thanks to Feng for permission to reprint photos included in this post. 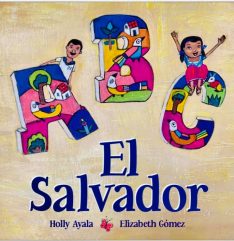