#32 in an ongoing series of posts celebrating the alphabet. 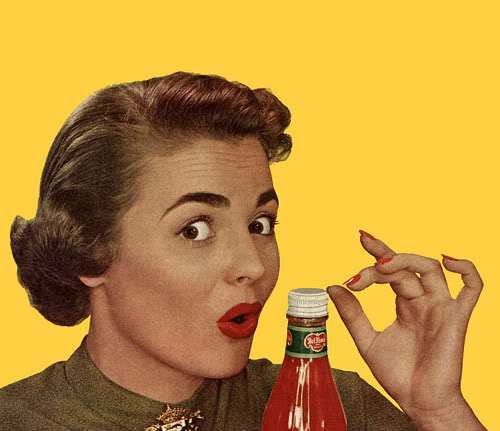 Liff (lif) n. A common object or experience for which no word yet exists.

I’m guessing there are an infinite number of liffs floating free in the world, just hoping someone exceedingly clever will chance along and name them. Two clever someones, Douglas Adams and John Lloyd, compiled the first humorous dictionary of liffs back in 1983: The Meaning of Liff, followed by a revised and expanded edition, The Deeper Meaning of Liff (1990). Along with these “no name” objects, feelings and situations, Adams and Lloyd also noted “thousands of spare words which spend their time doing nothing but loafing about on signposts pointing at places.”

Words like Dunfish, Jeffers, Knaptoft, Ranfurly. They were real places, but who ever heard of them? Better yet, who’d ever think of visiting them? Why not match these place names with a needy liff?

Our job, as we see it, is to get these words down off the signposts and into the mouths of babes and sucklings and so on, where they can start earning their keep in everyday conversation and make a more positive contribution to society.

Thought you might enjoy a Sampler Platter of Liff Lunchables, à la Adams and Lloyd. All but a couple are food related; I’ve added a few extras to compensate ☺. Nibble on them, maybe give them a good chew (you’re bound to chuckle). There’s plenty to go around!

ABINGER (n.)
One who washes up everything except the frying pan, the cheese grater and the saucepan which the chocolate sauce has been made in.

CROMARTY (n.)
The brittle sludge which clings to the top of ketchup bottles and plastic tomatoes in nasty cafes.

DUDDO (n.)
The most deformed potato in any given collection of potatoes.

EPPING (participial vb.)
The futile movements of forefingers and eyebrows used when failing to attract the attention of waiters and barmen.

FINUGE (vb.)
In any division of foodstuffs equally between several people, to give yourself the extra slice left over.

GOOSNARGH (n.)
Something left over from preparing or eating a meal, which you store in the fridge despite the fact that you know full well you will never ever use it.

HENSTRIDGE (n.)
The dried yellow substance found between the prongs of forks in restaurants.

INIGONISH (adj.)
Descriptive of the expression on the face of a dinner party guest which is meant to indicate huge enjoyment to the hosts and “time to go home, I think” to your partner.

JEFFERS (pl.n.)
Persons who honestly believe that a business lunch is going to achieve anything.

KIRBY (n.)
Small but repulsive piece of food prominently attached to a person’s face or clothing.

KIRBY MISPERTON (n.)
One who kindly attempts to wipe an apparent kirby (q.v.) off another’s face with a napkin, and then discovers it to be a wart or other permanent fixture, is said to have committed a ‘kirby misperton’.

LIMASSOL (n.)
The correct name for one of those little paper umbrellas which come in cocktails with too much pineapple in them.

MASBERRY (n.)
The sap of a giant Nigerian tree from which all cafeteria jams are made.

NAPLES (pl.n.)
The tiny depressions in a piece of Ryvita.

OYSTERMOUTH (n.)
One who can kiss and chew gum at the same time.

PAPPLE (vb.)
To do what babies do to soup with their spoons.

PEORIA (n.)
The fear of peeling too few potatoes.

QUABBS (pl.n.)
The substances which emerge when you squeeze a blackhead.

RADLETT (n.)
The single hemisphere of dried pea which is invariably found in an otherwise spotlessly clean saucepan.

SALWEEN (n.)
A faint taste of dishwashing liquid in a cup of tea.

THROCKING (participial vb.)
The action of continually pushing down the lever on a pop-up toaster in the hope that you will thereby get it to understand that you want it to toast something. Also: a style of drum-playing favoured by Nigel Olsson of the Elton John Band, reminiscent of the sound of someone slapping a frankfurter against a bucket. An excellent example of this is to be heard on ‘Someone Save My Life Tonight’ from the album Captain Fantastic and the Brown Dirt Cowboy.

UPOTTERY (n.)
That part of a kitchen cupboard which contains an unnecessarily large number of milk jugs.

VENTNOR (n.)
One who, having been visited as a child by a mysterious gypsy lady, is gifted with the strange power of being able to operate the air-nozzles above aeroplane seats.

WOKING (participial vb.)
Standing in the kitchen wondering what you came in here for.

YATE (n.)
Dishearteningly white piece of bread which sits limply in a pop-up toaster during a protracted throcking (q.v.) session.

ZLATIBOR (n.)
(Hungarian) A prince of the blood royal temporarily forced to seek employment as a waiter.

~ from The Deeper Meaning of Liff by Douglas Adams and John Lloyd (Three Rivers Press, 1990).

*BONUS LIFFS (cause I just can’t get enough of these suckers):

GLASGOW (n.) *for David and Tanita
The feeling of infinite sadness engendered when walking through a place filled with happy people fifteen years younger than yourself.

KALAMI (n.)
The ancient Eastern art of being able to fold road-maps properly. (Len is an expert.)

KIMMERIDGE (n.)
The light breeze which blows through your armpit hair when you are stretched out sunbathing. Aaaaaahhhhhhhh!

LOW EGGBOROUGH (n.)
A quiet little unregarded man in glasses who is building a new kind of atomic bomb in his garden shed.

Hey! Wanna try one? What do you think “Smyrna” is?

Certified authentic alphabetica. Made by hand especially for you with love and adorable pappling.