“Every little movement has a meaning of its own.” ~ Tony Sarg 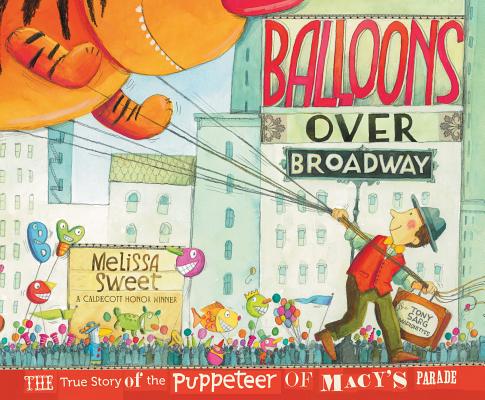 When Caldecott Honoree Melissa Sweet was little, her grandmother took her to New York City to see the holiday windows at Macy’s, and like millions of us, she watched the Thanksgiving parade every year on television. She could never have imagined that one day she’d be writing and illustrating a book about the man who first created the window marionettes and giant helium-filled parade balloons that have taken center stage in American holiday tradition for the last 80+ years.

If ever there was a perfect biographer for Master Puppeteer Tony Sarg, it’s Melissa Sweet. A true kindred spirit, she shares Sarg’s keen interest in toys (collecting, designing and constructing them). And like Sarg, she’s a children’s book artist who’s always enjoyed tinkering and figuring out how things work. There’s that love for full immersion in process and experimentation, fueled by a playful childlike sensibility.

In Balloons Over Broadway: The True Story of the Puppeteer of Macy’s Parade (Houghton Mifflin Harcourt, 2011), Sweet describes how Sarg’s fascination with making things move began in childhood. He was a “marionette man” by the age of six, when he designed a pulley system so he could feed the chickens early each morning without leaving his bed.

After Tony grew up, he learned how to make puppets while in London, and in no time, people flocked to see the “amazing marionettes” in his shows who, with their uncanny life-like movements, resembled real actors. After moving to NYC, his puppet shows on Broadway soon attracted the attention of  Macy’s, who hired Sarg to create a puppet parade for their holiday windows. These storybook character marionettes, attached to gears and pulleys, “danced across the stage as if by magic.”

In the early 1920’s, Macy’s asked Sarg to help them create a Thanksgiving parade especially for their immigrant employees, who missed the street carnivals of their home countries. The first parade (1924), with its horse-drawn floats, costumed actors and live zoo animals, was such a great success that they decided to make it an annual tradition. Because the lions and tigers frightened the children, Macy’s asked Sarg to think of “something spectacular” to replace them, and so the first animal parade balloons were born.

Through a series of bright, cheery, whimsical watercolor illustrations (some in comic strip format) and absolutely brilliant mixed media collages evocative of Sarg’s world and creative process, we see how the balloons evolved from stiff, air-filled, rubberized ones supported and steered by wooden poles, to the type of giant, helium-filled, articulated balloons  we are familiar with today.

Sweet captures all the excitement, suspense, and elation as Sarg’s first balloons are invented and unveiled. It’s fascinating to get a sense of how this kinetic artist approached various challenges and solved problems. Especially well presented is Sarg’s upside down marionette “light bulb” moment when he thinks of making the balloons rise up and be controlled from below.

Sweet included some of Sarg’s old toys in her drawings and actually made the toys featured in her 3-D collages, which combine old book pages, newspaper clippings, craft materials, found objects, sketches, and always endearing typography. Her ability to make studied assemblages appear fresh and spontaneous is legendary; in this book, both her collages and comic strip vignettes add another layer to the narrative, a beautiful example of how lots of information can be effectively conveyed in a compressed, aesthetically pleasing format. The marriage of text and art, as well as the seamless integration of photography with illustration are pure genius.

Recently I asked Melissa a few quick questions and she graciously agreed to tell us a bit more about this wonderful project:

What prompted you to write about Tony Sarg?

I learned about Sarg through an art director I work with at eeBoo Toys. She described him as a brilliant illustrator and the inventor of the Macy’s Parade balloons. I was completely intrigued. Why had I never heard of him in art school, or anywhere? After about 2 minutes of research I knew I had to do a book on him.  He was not only a master puppeteer, illustrator and entrepreneur, but his way of approaching his process inspired me.

Could you share a funny, surprising, or especially memorable anecdote about Tony that didn’t make it into the book?

One story I love took place after he became an illustrator in London. He wanted to make marionettes but he couldn’t find any books on puppetry. But he knew of a puppet troupe that had come to London for a few weeks. He asked them if he could go back stage and see how they set up their theatre and how they manipulated the marionettes. Nothing doing. They were not about to give up their trade secrets. So Tony went to their show for the next 50 nights, sat in the front row and watched every move they made. He basically learned everything he needed to set out on his own. 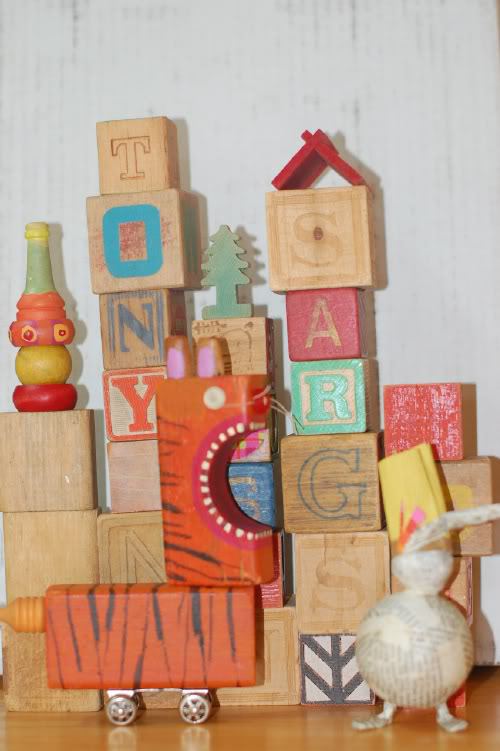 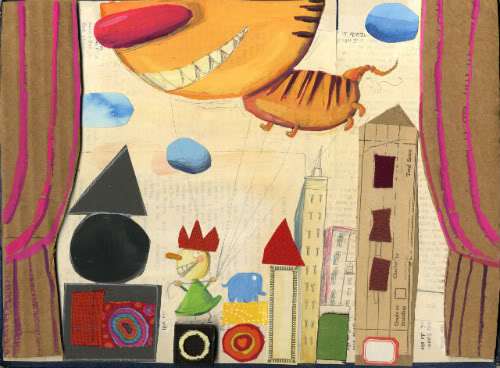 Please tell us more about the puppets you made for this book.

For decades I’ve taken a lot of diverse classes—bookbinding, wire basketry, welding, papermaking and played with materials. I’ve made Calder-esque tin toys. When I decided to make toys and puppets for this project, I tried to envision the simple materials Tony may have had and used like wood, cloth, wire, a bit of paper mache (and I dissected a few marionettes I got at flea markets!). It felt imperative to use toys and assemblages in addition to the watercolor paintings to illustrate this book.

What’s your favorite spread and why?

I love the one with the Pinocchio marionette. I wanted to give a sense of his process and creative spirit.

It is without a doubt my favorite for a Caldecott; I love how Melissa wholly channeled her subject, which is evident in the way she herself explored new ways to tell this part of Sarg’s life story. “His legacy reminds me that ‘play’ may be the most important element in making art!”

In a recent TV interview, Melissa mentions how odd it is that while everyone knows and loves the Macy’s parade balloons,  few are familiar with the person who actually invented them. In his day, Sarg was famous and prosperous, but historically, he somehow fell through the cracks. Truly, the best puppeteers are themselves invisible, working behind the scenes manipulating the strings, keeping their marionettes in the spotlight. Now, just because of Melissa, Sarg has finally gotten his chance to step out from behind the curtain and take a well deserved bow. ♥

For a chance to win a brand new, hardcover copy of this book, please leave a comment below no later than midnight (EST) November 10, 2011. Extra entries for tweeting, Facebooking, etc. You may also enter by emailing me: readermail (at) jamakimrattigan (dot) com, with “Balloons” in the subject line. Open to U.S. residents only.

♥ Melissa Sweet’s Official Website. Check out her events schedule for upcoming booksignings and appearances. She will be in NYC Thanksgiving Week, which includes an appearance at Macy’s Herald Square on November 20th, 2-3 p.m.

♥ Check out the very cool Balloons Over Broadway activity kit!

♥ Macy’s hired Melissa to design this year’s Parade Poster. Find out more about it here. Its art will adorn shopping bags available at Macy’s flagship stores all this month.

♥♥Happy Thanksgiving and enjoy the parade! Isn’t it wonderful that Melissa will be seeing it in person for the first time in decades? When she looks up to see the balloons, I’m pretty sure Tony will be smiling down on her. ☺☺☺

31 thoughts on “melissa sweet’s balloons over broadway (a review, a little chat, and a special giveaway!)”