“It is remarkable how closely the history of the apple tree is connected with that of man.” ~ Henry David Thoreau

Every Autumn, I fall in love with apples all over again.

I reread my favorite apple poems, visit the farmers market to say hello to my friends Stayman, York, Winesap, Fuji, Rome, and Jonathan, drink lots of warm cider and best of all, look for new apple recipes.

No matter how you eat them — out of hand, in salads or in every conceivable baked treat, it’s all good.

See, you’re smiling. Are you thinking of family chattering at the table, the wonderful smell of cinnamon-y apples wafting from the oven, the safe, happy place of your childhood kitchen? Apples have that effect on people.

I love sinking my teeth into Dorianne Laux’s delectable poem because of the way it celebrates how wide ranging our apple associations are. Nature’s wondrous, perfect blushing orb — hold it in your hand, hold worlds within a world for all time. There from the beginning (A is for Apple Pie! an apple for the teacher), what piece of real or imagined history will you taste with that first bite?

A SHORT HISTORY OF THE APPLE
by Dorianne Laux

The crunch is the thing, a certain joy in crashing through living tissue, a memory of Neanderthal days. —Edward Bunyard, The Anatomy of Dessert, 1929

Once you’ve convinced a few smart people to call you “Apple Dumpling,” it would seem iffy at best to convince them that a rose by any other name would smell as sweet.

Perhaps they haven’t yet tried an apple pudding. A Baked Apple Oatmeal Pudding to be precise.

A wholesome, not-too-sweet, fruity nutritious breakfast dish that moonlights as dessert, giddy when dolloped with Greek yogurt or crème fraîche, frisky when squirted with whipped cream. 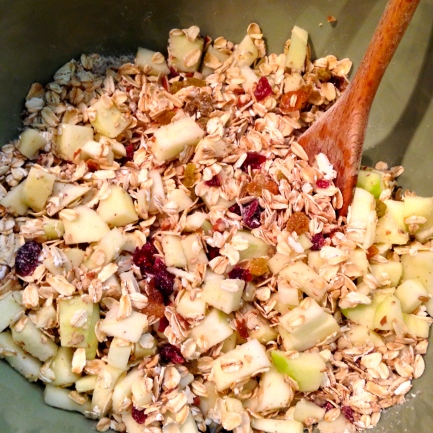 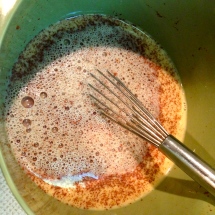 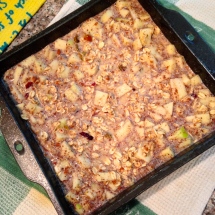 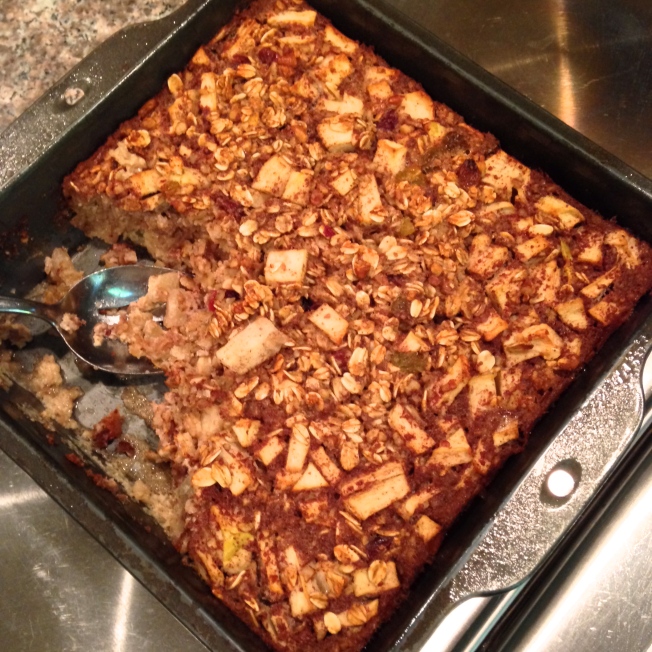 So accommodating, you can bake it on a Sunday, then enjoy it for breakfast all week. With a mere 1/3 cup of brown sugar, this bread pudding made with rolled oats, nuts, dried fruit, milk, eggs, and firm-sweet apples speaks of a warm hearth, flannel footed pajamas, rosy cheeks, and a crisp autumn morning.

I used Honeycrisps, dried cranberries and golden raisins. To Amy Traverso’s original recipe, I added extra cinnamon and a dash of nutmeg. The old fashioned oats are wonderfully chewy; this pudding is so yummy you feel like you are cheating and eating dessert for breakfast. Is it wrong to wanna hug your food?

1. Preheat oven to 325°F and set a rack to the middle position. Grease a 2-1/2 quart soufflé dish or an 8″ x 8″ baking pan. In a large bowl, stir together the oats, baking powder, and salt. Add the pecans, dried fruit, and apple.

2. In another bowl, whisk together the milk, eggs, brown sugar, nutmeg, and cinnamon. Pour this mixture over the oat mixture and stir to combine.

3. Pour the pudding into the prepared dish. Bake until the top is golden brown and the center is no longer liquid, 55 to 65 minutes. Spoon into bowls and serve warm.

**O Remember! O Remember! You were once “young and easy under the apple boughs . . . prince of the apple towns.”

Recipe adapted from The Apple Lover’s Cookbook by Amy Traverso (W.W. Norton & Co., 2011) — as previously stated, the only apple cookbook you’ll ever need.

Cathy (she of the apple cheeks) is hosting today’s Roundup at Merely Day by Day. Feast on all the tasty poems being served up in the blogosphere and have a good weekend!

P.S. All the recipes listed in the first part of this post can be found in The Apple Lover’s Cookbook.

Other recipes I’ve made from this cookbook: 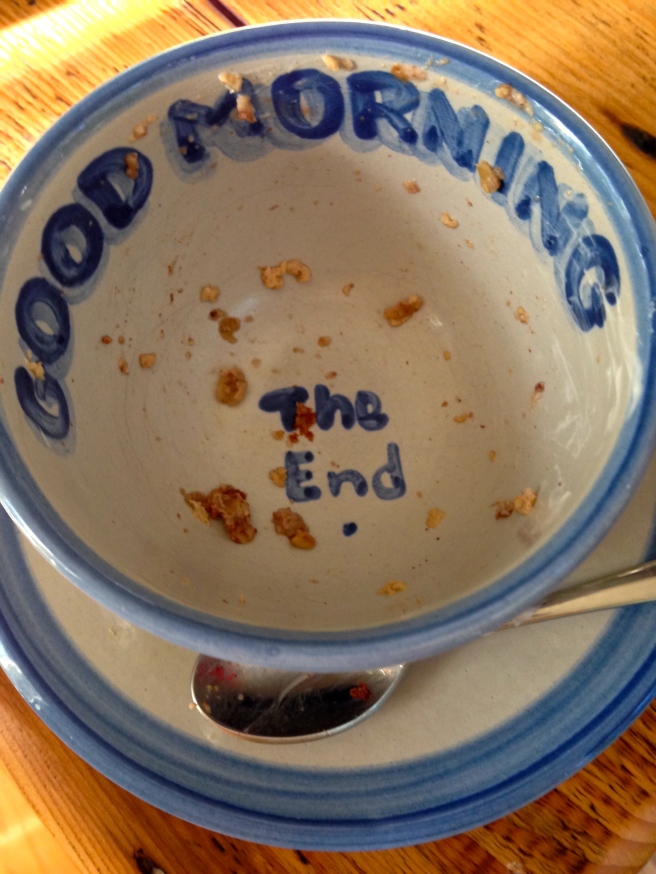 “Even if I knew that tomorrow the world would go to pieces, I would still plant my apple tree.” ~ Martin Luther 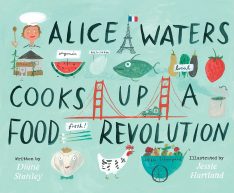