“The right is ours. Have it we must. Use it we will.” ~ Elizabeth Cady Stanton 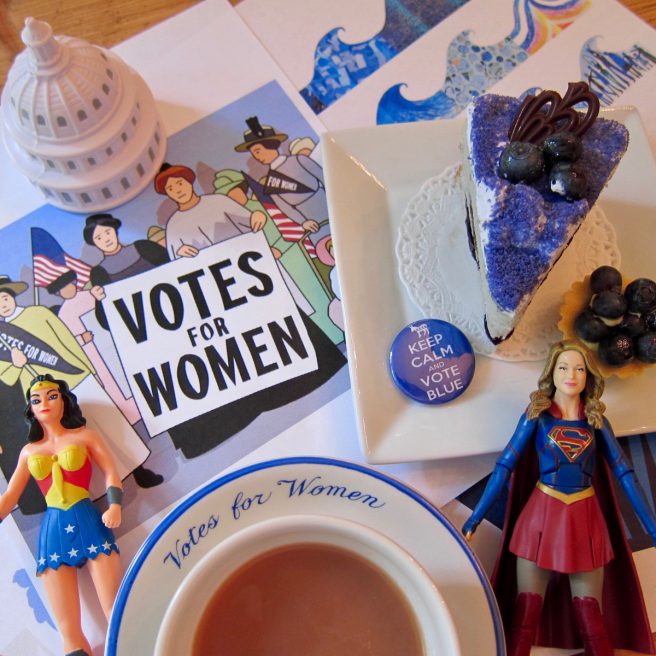 Happy November and Welcome to Poetry Friday at Alphabet Soup!

Here we are,  just a few days away from the most important midterm elections of our lifetimes.

It is a difficult, frustrating, disheartening, enraging, frightening time to be female in this country. Yet it is also an empowering, illuminating, pivotal moment for us.

The 2017 Women’s March was the largest single-day protest in U.S. history, with an estimated 3 million people participating across the country. With the current #MeToo movement, we are finally seeing some real-world consequences of the longstanding, widespread problem of sexual assault and harassment. 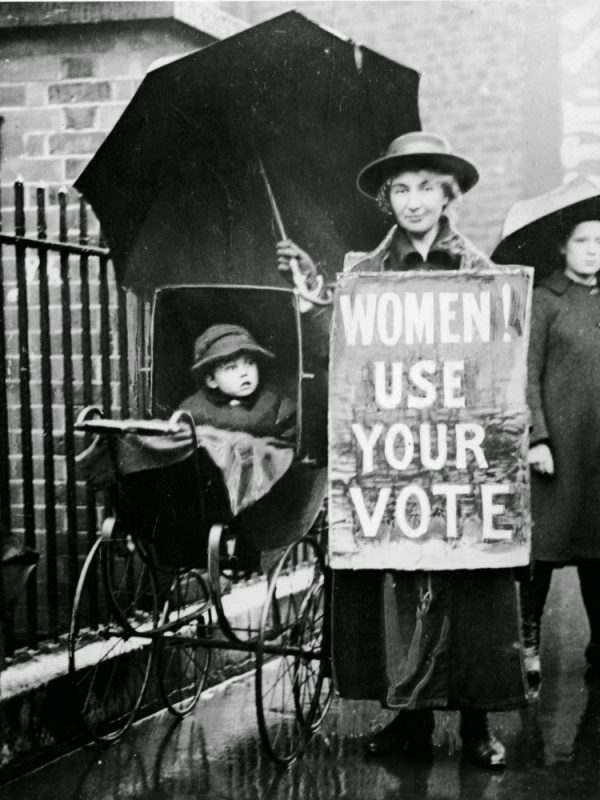 Where the system failed, when there are wrongs to be righted, women have and will continue to step up to the plate — and ultimately to the polls. Let’s not forget the courageous women who battled over half a century for our constitutional right to vote.

On Tuesday there will be a record number of female candidates on the ballot — running for Congress, governorships and other positions in state legislatures. Several are poised for major breakthroughs for women of color.

The right is ours:

to speak, to be heard and be believed
to peacefully protest
to advocate for reproductive, workers’, religious, and LGBTQ rights, healthcare and immigration reform
to fight for environmental protections and common sense gun laws

It’s time for the old guard to step aside. Powerful individuals in elected office have been paid big bucks to run the show for a long time and they’ve messed things up royally. Congress is broken. All three branches of government are now controlled by one political party, a party that once stood for family values and “high moral and ethical standards.” Now splintered, corrupt beyond reason and totally unrecognizable, this party has been hijacked by an immoral, destructive, crooked con man who profits off the presidency. What happened to checks and balances? What happened to the honor of public service, civil discourse and common decency? 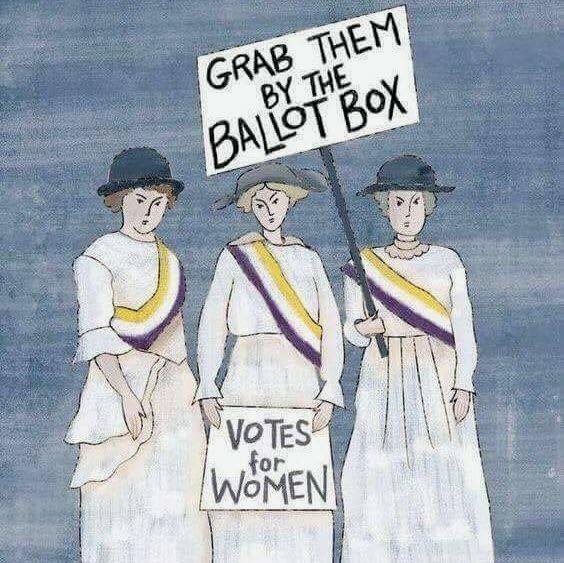 When a woman summons up the courage to tell her truth, testifying under oath, why isn’t her word good enough, but a man’s is?

When a woman speaks out against injustice, she’s considered a shrill, hysterical shrew. When a man does the same, it’s an act of bravery.

Men don’t like being called out for what they’ve gotten away with for centuries. And the guilty ones stick together.

A time of reckoning has arrived; women will not be silenced.

Let’s transform our rage into a tsunami of VOTES for positive change.

Do not dismiss us, or relegate us to the corner sitting in kiddie chairs. We will decide for ourselves.

MY MOTHER GOES TO VOTE
by Judith Harris

We walked five blocks
to the elementary school,
my mother’s high heels
crunching through playground gravel.
We entered through a side door.

Down the long corridor,
decorated with Halloween masks,
health department safety posters —
we followed the arrows
to the third grade classroom.

My mother stepped alone
into the booth, pulling the curtain behind her.
I could see only the backs of her
calves in crinkled nylons.

A partial vanishing, then reappearing
pocketbook crooked on her elbow,
our mayor’s button pinned to her lapel.
Even then I could see — to choose
is to follow what has already
been decided.

We marched back out
finding a new way back down streets
named for flowers
and accomplished men.
I said their names out loud, as we found

our way home, to the cramped house,
the devoted porch light left on,
the customary meatloaf.
I remember, in the classroom converted
into a voting place —
there were two mothers, conversing,
squeezed into the children’s desk chairs.

It’s no longer a matter of red vs. blue, but of right vs. wrong. How we vote on Tuesday will determine who we are as a country.

Now, please leave your poetry-related links with Mr. Linky below. Don’t forget to put the name of the poem or title of the book you’re sharing in parentheses after your name. Enjoy the delicious variety of poetic goodness being served up in the blogosphere this week. Thanks for joining us!!

“The moment we begin to fear the opinions of others and hesitate to tell the truth that is in us, and from motives of policy are silent when we should speak, the divine floods of light and life no longer flow into our souls. Every truth we see is ours to give the world, not to keep for ourselves alone, for in so doing we cheat humanity out of their rights and check our own development.”