“Kindred spirits are not so scarce as I used to think. It’s splendid to find out there are so many of them in the world.” ~ Lucy Maud Montgomery (Anne of Green Gables)

Have you ever noticed how often the characters in Anne of Green Gables take tea? Apparently it’s the drink consumed most often in the Anne series, with cake and pie topping the list of foods. Of course there’s also apples, preserves (cherry, blue plum, crab apple, strawberry), biscuits, cookies, puddings, taffy and chocolate caramels. Is it any wonder I want to live in these books? 🙂

We had an elegant tea. Mrs. Barry had the very best china set out, Marilla, just as if I was real company. I can’t tell you what a thrill it gave me. Nobody ever used their very best china on my account before. And we had fruit cake and pound cake and doughnuts and two kinds of preserves, Marilla. And Mrs. Barry asked me if I took tea and said, ‘Pa, why don’t you pass the biscuits to Anne?’ It must be lovely to be grown up, Marilla, when just being treated as if you were is so nice.

For some reason I didn’t read Anne of Green Gables until I was an adult — and not until after I had seen the 1985 television series with Megan Follows as Anne. I immediately inhaled all the Anne books, wishing Matthew and Marilla Cuthbert would adopt me, and that I could have a bosom friend like Diana Barry and a dreamy admirer like Gilbert Blythe. I could picture myself sitting at the Cuthbert kitchen table, pouring from the brown teapot, buttering thick slices of homemade bread, and trying to make conversation with shy Matthew.

Last Fall, when the revised and expanded edition of The Anne of Green Gables Cookbook came out, I decided to reread the original novel, which in turn aroused my curiosity about Canadian author Lucy Maud Montgomery.

END_OF_DOCUMENT_TOKEN_TO_BE_REPLACED

I’ll always remember the Christmas my parents visited us in Virginia and we decorated a balsam fir tree together. Unlike the artificial trees that defined my childhood in Hawai’i, this one was real — it liked to drop its needles but how we loved that woodsy, fragrant evergreen smell!

We sat around the kitchen table and strung garlands of popcorn and fresh cranberries while a cozy fire crackled in the adjoining great room. This was novel for us, but our lei-making experience served us well when it came to handling big needles and long strands of thread. Of course our tree was the best Christmas tree ever, because with shared memories, mugs of warm cider, and a nice collection of handmade ornaments, we had made it our own.

Pick a Pine Tree by Patricia Toht and Jarvis (Candlewick, 2017) celebrates all the joy, wonder, magic and anticipation of finding and decorating that special tree. Written in jaunty rhyming verse, this book is well on its way to becoming a perennial favorite with its timeless sentiment.

END_OF_DOCUMENT_TOKEN_TO_BE_REPLACED

Hello Spring, is that really you? 🙂

I’m sure you know she was fond of sending friends and acquaintances fragrant bouquets with notes or verses tucked in them, sometimes with a gift of food.

What could be sweeter than homemade gingerbread or coconut cake, nasturtiums and peonies from her garden, and a heartfelt verse she’d penned just for you?

Though she may have eschewed personal contact with people outside the family, Emily was able to sustain longstanding friendships and express romantic inclinations on her own terms. She cultivated and excelled in all three of these pursuits — gardening, baking, writing — as a normal course of each day, all of them requiring practiced skill, time and devotion.

END_OF_DOCUMENT_TOKEN_TO_BE_REPLACED 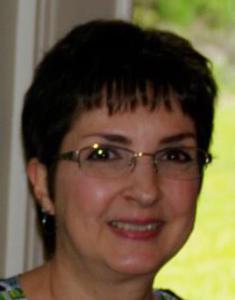 I’m happier than a gator in a gumbo swamp to welcome guest blogger Terri Hoover Dunham to Alphabet Soup today. Some of you may know Terri from her delightful picture book illustrated by Laura Knorr, The Legend of Papa Noel: A Cajun Christmas Story (Sleeping Bear Press, 2006), which tells how Santa delivers his presents to all the “childrens” on Christmas Eve down in the deepest, darkest swamps of Southern Louisiana.

As he’s known in Cajun country, Papa Noel rides in a pirogue (canoe) pulled by nine gators named Étienne, Émille, Remmy, Renee, Alcée, Alphonse, François, Fabienne and Nicollette (I love how some of them are named after Terri’s ancestors).

On this particular Christmas Eve, there’s fog “thicker than gravy on rice,” making it really hard for Papa Noel to make all his deliveries — they keep bumping into stumps and logs and the poor gators’ bellies are getting all scratched up. But they push on and get the job done with a little help from the Cajuns. Of course Papa Noel doesn’t forget to nosh on goodies at every stop.

END_OF_DOCUMENT_TOKEN_TO_BE_REPLACED

Can’t think of three other words, aside from, “Time to Eat!”, that fill me with as much joy and anticipation. 🙂

Poetry Friday has been a part of Alphabet Soup ever since I first came online in 2007. I didn’t know many other bloggers then, but I knew a good thing when I saw it: a progressive party where a mixed platter of poems, reviews, and musings were served up in friendly fashion by a group of enthusiastic word lovers. Most of them were uncommonly good looking and unfailingly generous and supportive. It’s still the best way to end a work week, take a break for a little special something, refresh, rejuvenate and connect! 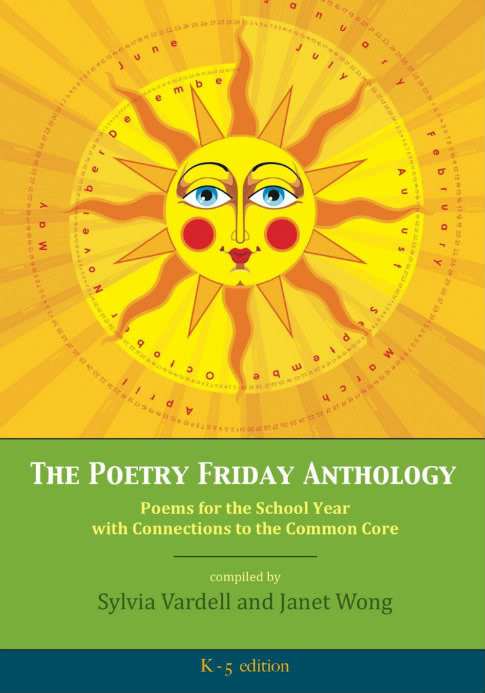 A couple of months ago, I was thrilled to hear Sylvia Vardell and Janet Wong were publishing The Poetry Friday Anthology (Pomelo Books, 2012), which would take this same concept into the K-5 classroom, turbo-charging it with Common Core curriculum support. As a fan of their PoetryTagTime Trio, I assumed this would also be an eAnthology. Well, it is, but it’s also a gorgeous, chunky paperback containing 218 previously unpublished poems by 75 of America’s finest contemporary children’s poets — some are Poetry Friday regulars, some have been Poetry Potluck guests, and a few others I was excited to meet on the page for the first time. END_OF_DOCUMENT_TOKEN_TO_BE_REPLACED