Once upon a time a wicked witch lured an unsuspecting brother and sister to a mouthwatering gingerbread house, a girl dressed in red ventured through the woods with a basket of wine and cake for her ailing grandmother, and a jealous queen disguised as a farmer’s wife offered a poisoned apple to her beautiful step-daughter.

Let’s not forget the runaway pancake, the pumpkin that magically turned into a golden carriage, the single pea hidden under a pile of mattresses, the boy who traded a dairy cow for a bag of magic beans, or the cheeky girl who entered a strange cottage and helped herself to a just-right bowl of porridge.

Surely food is the best part of fairy tales, which is why I’m especially excited that once upon a time last week, A Cooked-Up Fairy Tale by Penny Parker Klostermann and Ben Mantle officially hit the streets!

I loved their previous picture book (Penny’s debut), There Was an Old Dragon Who Swallowed a Knight (Random House, 2016), duly noting that Penny included a cook and his recipe book in her rollicking, rhyming, burpity-licious word feast (hilarious but “not polite!”). So, imagine my delight upon seeing how Penny cooked up a temptingly toothsome fractured fairy tale, seasoned with generous amounts of humor, surprise, suspense, wonder, and joy.

END_OF_DOCUMENT_TOKEN_TO_BE_REPLACED 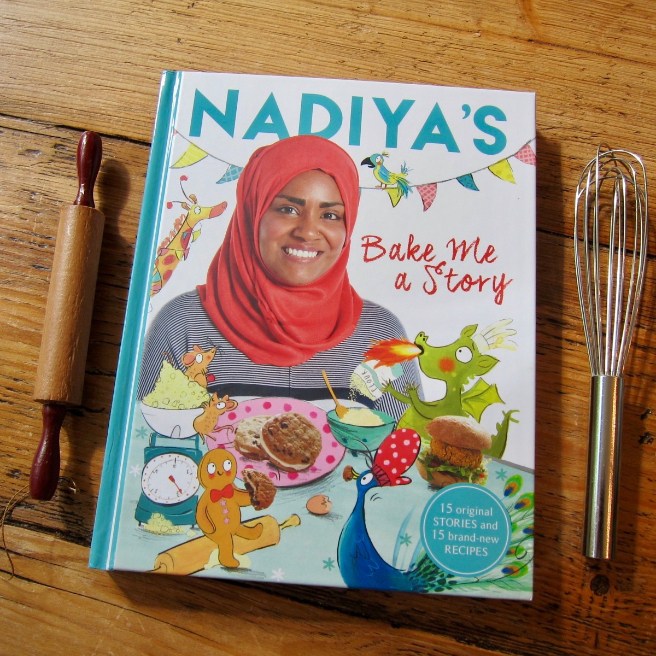 We loved her unusual flavor combinations and beautiful presentations, and it was awesome seeing how her confidence grew each week as she tackled all those signature bakes, technical challenges and show stoppers.

This 31-year-old Leeds wife and mother of three has been very busy since her big win last year. In September 2016, she published Nadiya’s Bake Me a Story, a charming collection of 15 updated fairy tales + recipes for children, and her adult cookbook featuring family recipes, Nadiya’s Kitchen, will come out in 2017.

END_OF_DOCUMENT_TOKEN_TO_BE_REPLACED

Each of the classic fairy tales has been honed and polished and perfected by the minds and spirits and needs and wisdom of millions of people across hundreds, perhaps thousands, of years. The richness of the human journey is here. Listen. Pass it on. So that there will not pass from our future the enchantment that begins with the honored words, “Once upon a time, long ago and far away, in a deep forest, there lived a child — much like you.