Mulligatawny: An East Indian soup having a meat or chicken base and curry seasoning.

It all started because I wanted to try a new recipe for National Soup Month. Of course, I thought of this (that’s Larry Thomas as the Soup Nazi):

Kramer is my favorite Seinfield character, and the Soup Nazi’s Indian Mulligatawny was his favorite soup. He called the man a “soup artisan,” “a genius.” It was because of Kramer that Elaine, George, and Jerry checked out that little soup place to begin with. Of course I wanted to make some. Had the real Soup Nazi, Al Yeganeh, put out a cookbook? No such luck.

But Todd Wilbur, known for his recipe knock-offs (McDonald’s Big Mac, and various dishes he’s tried in famous restaurants), does have a Soup Nazi Mulligatawny recipe posted on his website. Apparently he’d taken home samples from Yeganeh’s Soup Kitchen International years ago, and concocted a recipe clone. Though the list of ingredients is long, the directions are simple: just combine everything in a big pot and let it simmer for about 3-4 hours. Yeah, right.

First thing I did was roast some red peppers (though you can use canned peppers if you like). Quartered them, brushed them with canola oil, then broiled them lightly on both sides. Then I tossed all the pieces into a zip-lock bag to let them steam for about 20 minutes. Once cooled, I diced them (I didn’t broil them long enough to necessitate removing their skins). 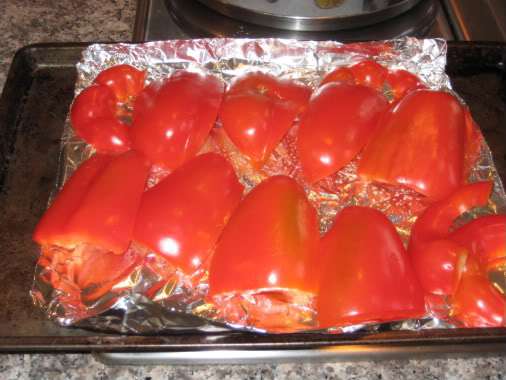 Ready for the broiler.

I got busy slicing and dicing the other veggies: onions, carrots, eggplant, celery, potatoes. I called on a furry kitchen helper to shell about 1/2 cup of pistachio nuts, and squeeze some fresh lemons. 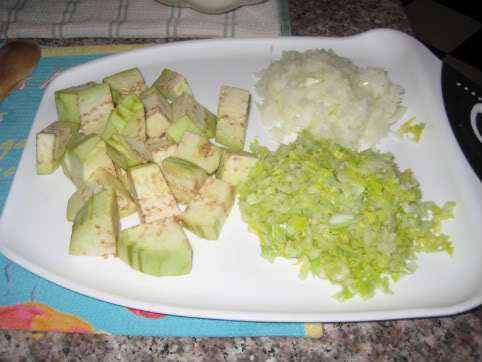 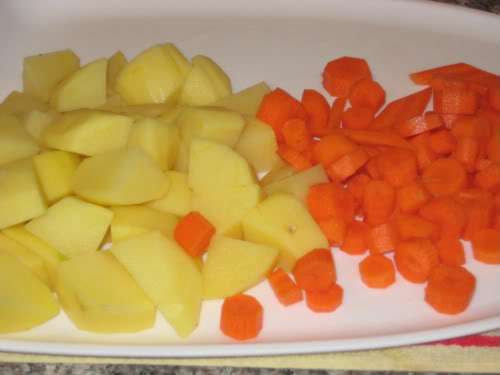 Then I tossed everything into my big red soup pot, and let it simmer for a l-o-n-g time. I would have to wait until most of the liquid boiled off, and the soup had the consistency of chili. 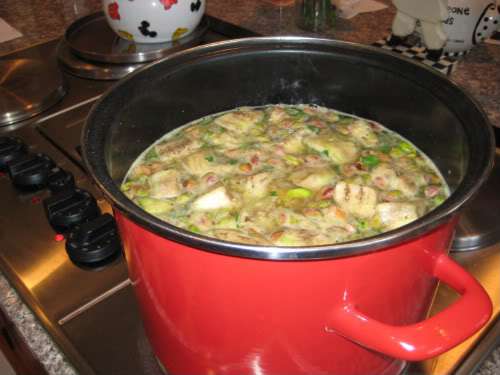 I must say our house smelled good all afternoon. I love curried dishes and Indian food in general. The longer you have to wait for something, the higher the level of expectation and anticipation. Would this soup, with its long prep time, measure up? Would I, like George, Elaine, and Jerry, risk being chastised, admonished, and rebuked by a temperamental chef with a thick moustache for just one taste of this soup?

As it turns out, maybe. 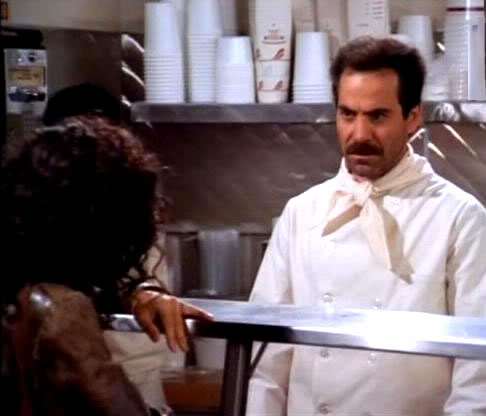 It took close to 6 hours to achieve the desired consistency (and I had added only 10 cups of water instead of 16), but it sure looked purty: 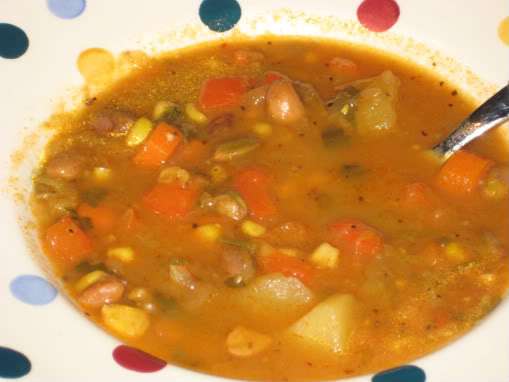 What I liked: variety of textures, addition of pistachio nuts and cashews (which turned nice and soft), full bodied flavor (I doubled the curry powder), using and pronouncing “marjoram,” soup was filling without having to add any meat.

My verdict: recipe needs tweaking — less lemon juice next time? or sugar (I like my soups less sweet)? possibility of hiring Anderson Cooper to help with all the prep? call over George Clooney to entertain me while it simmers?

Soup is always the great adventure. It’s about flexibility and experimentation, planning ahead, allowing lots of time. With a basic recipe like this, it’s fun to change up the veggies sometimes, or vary the amounts of different spices until you achieve what you consider to be the perfect blend. Don’t tell the Soup Nazi I said any of this, though. *tremble* 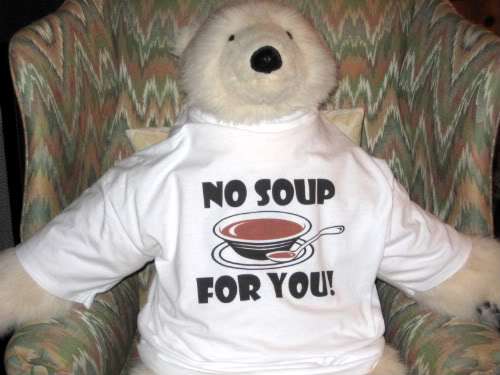 You can find Todd Wilbur’s recipe here. Click on “Print” to open the text box.

25 thoughts on “mulligatawny, anyone?”